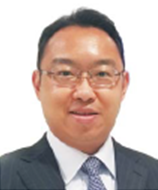 Since January 2019, Shawn Khong has served as Head of Citi Commercial Bank (CCB) in Vietnam. He is a member of Citi Vietnam Country Operating Committee and the Asia Pacific CCB Operating Committee. As Commercial Bank Head, Shawn is responsible for managing the commercial banking business and leading the continued expansion of its capability in Vietnam. He is also the Branch Director-designate for Citibank’s Hanoi branch.

Shawn started his career in Citi Singapore as a Management Associate in 2000. With more than 20 years of banking experience, Shawn has assumed many diverse roles across the Citi franchise in Asia including Relationship Manager in CCB Singapore, Director and Team Head in the Financial Institutions Group in Hong Kong, and Head of International Personal Banking in the Consumer Bank in Hong Kong.

Prior to his current role in Vietnam, Shawn was the Head of Business Development and Planning and concurrently Head of Commercial Subsidiaries Group in CCB Hong Kong where he successfully setup and led a new cross-border business segment. He is also a past recipient of the Global and Asia Chairman’s Club awards and served as the Chairman of CitiClub Hong Kong in 2010 responsible for staff benefits and welfare.

Shawn graduated with a BSc (2nd Upper) in Management and MSc (Distinction) in Law and Accounting from the London School of Economics and Political Science in the United Kingdom. Shawn’s areas of interest include distance running, travelling and also mentoring the future generation. He has served on the AmCham Hanoi board of governors since January 2021.