The US and China are locked in a damaging trade spat that has seen both sides levy tariffs on billions of dollars worth of each other’s goods. President Trump has vowed to end what he described as China’s “theft” of American jobs and told Congress recently that a trade deal with China would require “structural changes to end unfair trade practices”.

President Trump expressed optimism on a trade deal with China, after meeting with Chinese Vice Premier Liu He in the Oval office a few days ago. President Trump said he plans to meet with President Xi Jinping to work out the final details of a deal “fairly soon,” and those conversations are likely to take place at Mar-a-Lago next month. The President again vowed that any agreement will address the full range of US complaints about China’s behavior, including deep-seated structural features of its economic model, telling reporters: “It’s going to be better than any deal that anybody ever dreamed possible, or I’m not going to have a deal; it’s very simple.”

The two sides have been making progress nailing down text in memorandums of understanding in six areas: nontariff barriers, forced technology transfers, intellectual property, cybertheft, agriculture and currency. But there are still wide gaps on certain issues. President Trump was set to sharply increase tariffs on $250 billion of Chinese goods on March 1 but he announced last night that he will delay imposing the new tariffs citing “substantial progress” made in trade talks between US and Chinese negotiators.

How will the two countries resolve their differences? What steps are global companies and investors taking to mitigate damage from the trade tensions? Where does Vietnam fit into the picture? Come Lunch ‘n Learn with AmCham on March 8 to get an insider’s view of the process to resolve the trade war with special guest Charles Freeman, Senior Vice President for Asia at the US Chamber of Commerce in Washington. 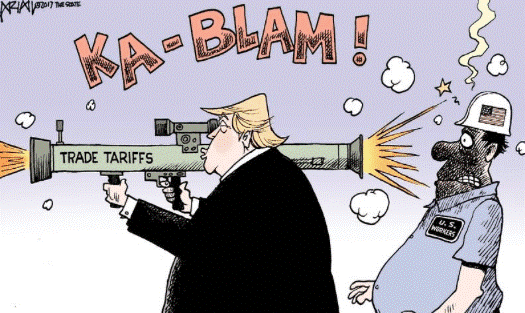 About the guest speaker:
Charles’ career spans government, business, law and academia, giving him a unique perspective on the challenges and opportunities of doing business in Asia. During his government career, Charles served as assistant US trade representative for China affairs, a role in which he was the principal US trade negotiator with China. He also served as legislative counsel in the United States Senate, where he concentrated on East Asian economic and trade issues. Since leaving government, Charles has consulted on Chinese and other Asia-focused business and policy matters for some of the world’s leading companies during market entry, expansion and crises phases alike. Apart from his consulting work, Charles has also served as chair in China Studies at the Center for Strategic and International Studies (CSIS). Earlier, he was based in Hong Kong with The Asia Foundation and the International Herald Tribune. Charles serves on the board of directors of the National Committee on US-China Relations and is a senior non-resident fellow with the Brookings Institution and a senior advisor to CSIS. Charles earned his doctor of law degree from Boston University’s School of Law and bachelor’s degree in Asian Studies and Economics from Tufts University. He did post-graduate work at Fudan University in Shanghai and studied Mandarin Chinese at the Taipei Language Institute.

The trade tensions between the world’s two most important economies have affected companies and investors around the world – including here in Vietnam. Many business executives are frustrated by the lack of certainty, which is causing the most anxiety for business planning. For companies caught in the trade war, the options for mitigating exposure to tariffs range from a simple change in paperwork to creative “tariff engineering” and the overhaul of supply chains often developed over decades. On March 8, the AmCham Executive Director will interview Charles about these important issues while you enjoy a great lunch and meet some new contacts. Please register your participation in this event by clicking on the button below or by calling the AmCham office (84) 24.3934.2790.