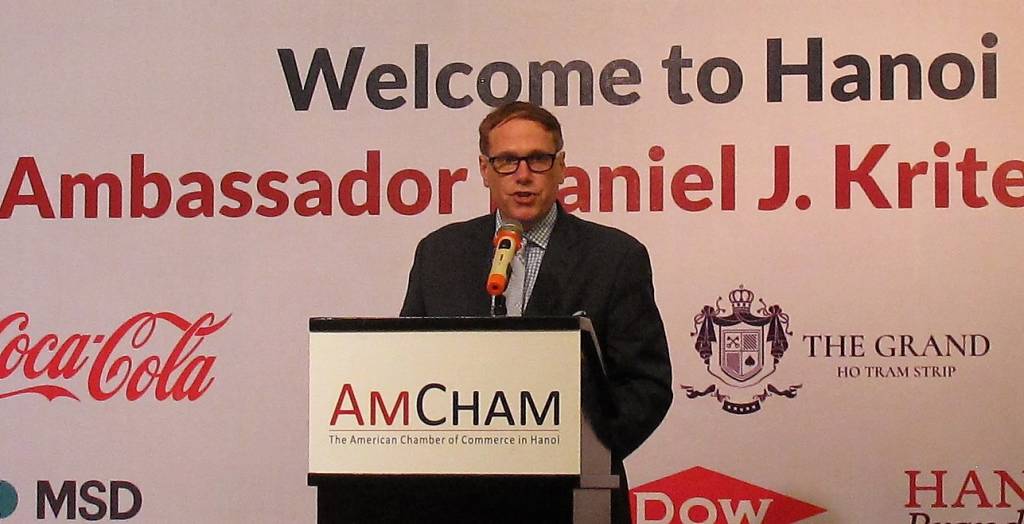 The AmCham Hanoi board elected Mr. Michael Kelly as its new Chairman for 2018. He succeeds Citibank’s Natasha Ansell who held the post in 2017.

Mr. Kelly said that he looks forward to working with AmCham members to further foster and deepen economic, social and business ties between Vietnam and the United States. He added, “It is with great humility that I take on this position to strengthen AmCham as the voice of American business in Vietnam in order to create a competitive and sustainable business climate for U.S. companies and investors here. I look forward to working with my AmCham colleagues to ensure the organization’s ongoing success.”

Mr. Kelly is the Executive Chairman, CEO, and General Director of ACDL and the Ho Tram Project Company, which owns and operates The Grand Ho Tram Strip – the largest foreign invested tourism project in Vietnam. Mr. Kelly has approximately 30 years of experience in the hospitality/casino industry in both the private and public sectors and has served as the CEO, COO and/or CFO of some of the largest hospitality companies in the United States. Prior to relocating fulltime to Vietnam in 2015, he owned and operated two integrated resorts in North America.