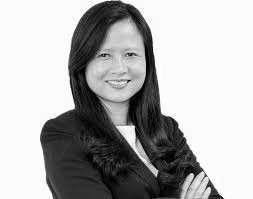 Nguyen Viet Ha has been the Managing Director for BowerGroupAsia (BGA) in Vietnam for more than 12 years. She and her colleagues at BGA have been working with American companies on engaging and strengthening their relationships with government stakeholders, promoting the U.S-Vietnam relations, and advocating for business-friendly policies and regulations.

Before joining BGA, Ha led governance and law programs at The Asia Foundation (TAF). She managed the TAF’s program on improving the transparency and public participation in legislative process. Her works made a contribution into the later development of the Law on Promulgation of Legislations in 2008. Between 1997 and 2005, Ha practiced law at Russin & Vecchi. Besides providing legal advices on various business issues, she also participated in developing a number of laws and regulations in Vietnam such as the 2005 Investment Law, the 2005 Enterprise Law, the 2004 Electricity Law, the 2005 Law on Tendering, and the 2005 decree on money laundering.