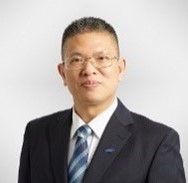 In his role, Dung has overall responsibility for leading the continued growth of Ford’s operations in Vietnam, including both the company’s corporate functions and Hai Duong assembly operations.

Dung joined Ford Vietnam in 1998 and before taking his current role, he managed the company’s finance activities across each of its various functions, before assuming operational responsibility of the organization’s finances after becoming Ford Vietnam’s Finance Director in 2009. Dung also served at Ford Australia in Melbourne from 2004-2005.

Dung as Managing Director has made great contributions to the achievements of Ford Vietnam, while has also been an active contributor to the automotive industry in particular and to the business community in Vietnam in general. These include the Vietnam Automobile Manufacturers Association (VAMA) as the vice chairman role and the American Chamber of Commerce in Vietnam (AmCham) as longtime member and a great supporter of AmCham Hanoi.