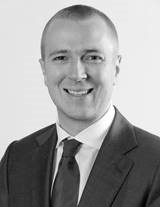 Nick Mider currently serves as the Head of Business Development and Marketing for Baker & McKenzie’s Hanoi and Ho Chi Minh City offices. This role requires Nick to oversee all new business opportunities, pitch new and existing clients on new projects and matters, and maintain and augment the Firm’s external profile in Vietnam as well as in the region. Nick also serves as the business development lead for the Firm’s regional real estate practice group, working closely with all offices in the Asia Pacific region. Prior to his role at B&M, Nick worked in fundraising and development for Columbia University for nearly six years. Nick has extensive experience working in the non-profit, and higher education sectors. At Columbia, he worked in various roles, spearheading alumni engagement and donor relations initiatives as well as multi-million dollar fundraising campaigns. Prior to his role at Columbia, Nick worked in marketing, advertising, and public relations at a boutique agency in New York.

Since joining B&M, Nick has continued to foster the strong relationship between the Firm and AmCham. He has consistently been active within AmCham, attending events but also participating with the organization’s Legal Committee, with which the Firm has naturally strong ties. Passionate about further strengthening the US-Vietnam business nexus and assisting the American business concerns in Vietnam, Nick believes serving on the AmCham Board of Governors would allow him to take a more active role in these regards. As an adviser to a startup based in Hanoi, Chameleon City, he would also serve as an excellent conduit between companies and the startup community in Vietnam and the United States.

Nick is from New York, NY, and has a MPA from Columbia University’s School of International and Public Affairs (SIPA) and a BA from the University of Richmond in Richmond, VA. He lives in Hanoi with his wife, Morgan, and dog, Holly. On weekends, he can be found exploring Hanoi’s parks, playing golf, or expanding his palate for Hanoi’s diverse street food.